My Sunday was dominated by two movies: first Dunkirk on the IMAX, which is extremely intense, technically brilliant, at times oddly put together -- as if in wanting us to see the characters as Everymen, Nolan didn't want to distract the audience by giving them too much individuality -- effectively hammers home both the themes that war is hell and that one doesn't need to be a warrior to be a hero. We went with Adam and walked around the lake at Washingtonian after the movie, stopping at Kohl's to get clothes and bathing suits for the menfolk while our coupons were still good. 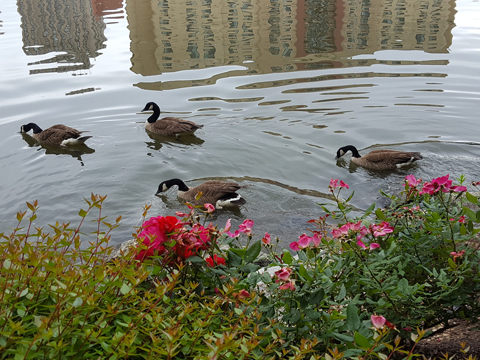 Then, from the sublime to the ridiculous, we all came home and watched Sharknado 5: Global Swarming. The acting is as terrible as always, the science is worse than the acting, and this installment is shameless both about advertising Xfinity and about setting up its sequel. That said, it passes the Bechdel Test in five minutes and is pretty feminist apart from the inevitable insistence that women conform to appearance standards (in this case outrageous big-lipped plastic surgery standards); Nichelle Nichols is the head of NASA, Olivia Newton-John is a top bionic scientist! ( Collapse )
Collapse