We are all in California for our niece Noelle's wedding! We had a somewhat turbulent but okay flight; lunch was delayed because of the shaking and I left my Kindle at home on the table, but I was sitting next to a woman from Syria who works for the Defense Department and we had an interesting discussion of world politics when not distracted by the three-year-old girl in the row in front of us who had a lot to tell us.

We met Daniel at LAX, though his luggage somehow did not get on the plane with him so it is being delivered to our hotel at 2 a.m. Meanwhile we met Uncle Mickey, Lesley, and Garrett at a Mexican restaurant near the Ventura County Fair where they treated us to a really lovely dinner! Now we're in a hotel watching the series finale of Orphan Black (except Adam, who went to bed early), and tomorrow we're seeing a college friend for the first time since college! 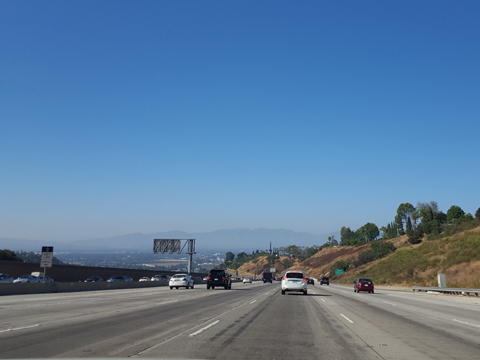