I had no vehicle for most of Tuesday -- Paul had one at work, Adam had the other in College Park where he was finishing paperwork and shopping for things for his dorm -- so I spent most of the day folding laundry, organizing trip stuff, and working on a photo book for which Kohl's conveniently sent me a Shutterfly coupon yesterday. So a lot got done, though not a lot of it involved adventure, excitement, or things a Jedi craves.

We had California Tortilla for dinner when Adam got home because there isn't one any more in College Park. Then, to complete our DCU Film Fest, we watched Batman v. Superman, which Adam had not seen. He was not overly impressed but I have to admit that I liked it better this time, since I was only really paying attention when Diana or Lois was on screen. Here are some photos from the Shell Beach of Pismo Beach, with sea caves and lots of animals: 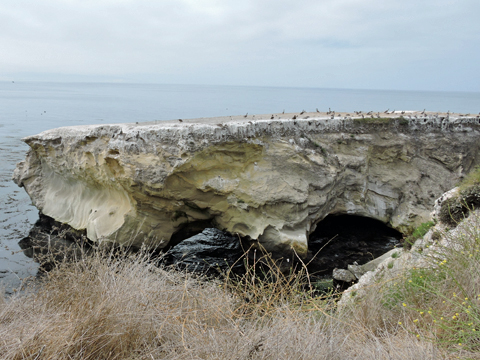