We had gorgeous weather Wednesday -- still cool, but no rain -- though I had no car, since Paul's car was getting the radio fixed, so I enjoyed it close to home without even a single Pokemon raid in the park until he got home and we went to pick it up. I got a bunch of work done, caught up on some mail, watched some of the Orioles game which they did not lose (nor did the Nationals, both bullpens are somehow not blowing leads).

Our neighbor and cat-sitter Rose came over to visit the cats and showed us photos from her previous career as a bodybuilder -- we had not realized that she was in The Cannonball Run and a bunch of commercials! Paul made chick'n with mambo sauce for dinner, then we watched the first three episodes of The Tick, which I enjoyed a lot though I miss Captain Liberty and Bat Manuel from the old one. Butterflies from Richmond: 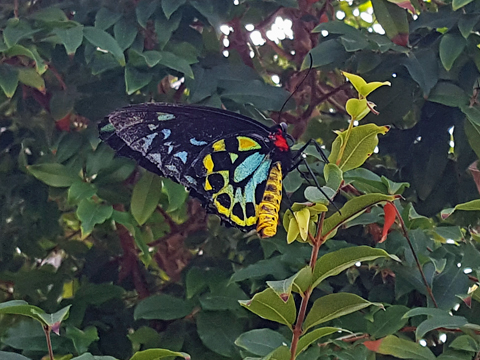