I heard that their might be Raikou raids on Friday morning, so I got up early to go to one before I had to start doing work. At the mall, my Pokemon Go app refused even to open correctly and I had to delete and reinstall it, missing the raid completely, but then I went to the park near my parents' house with a group of eight people and caught Raikou on the first throw! Alice and Avery came over in the late morning and we went to another raid near Potomac Village and we won the gym battle, though none of us caught the Raikou.

Alice, Avery and I had lunch at Vie de France in Potomac Village and stopped in Rite Aid, then came back to my house and watched most of Pokemon Heroes: Latios and Latias, which I know I saw back in the day but did not remember at all. After they went home, I worked on some things and repurposed a bracelet that was too big for me. Paul came home early because of the holiday, we went to my parents' for dinner, and we've spent most of the evening watching the Navy and Wisconsin games. The Mission at San Luis Obispo: 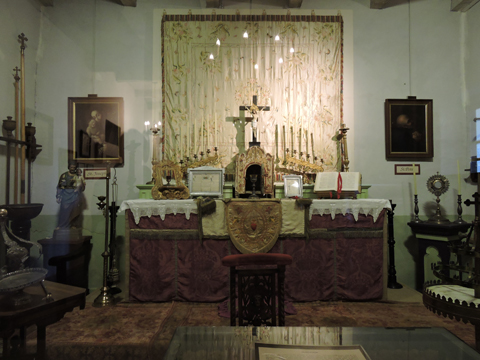