After a relatively quiet morning organizing Google Music genres, I spent most of my afternoon at Lebanese Taverna and Baskin Robbins with Karen, Heather, Angela, Lena, and Teresa, enjoying food and catching up since we hadn't all been in the same room in months. It was a truly lovely day marred only because another good friend had lost a family member, and although it wasn't a surprise since the family member had been quite ill, I was sad for my friend and it changed the rest of our weekend plans. I had a bit of shopping that had to be done late in the day, but otherwise it was a quiet evening save for when I discovered that there were two Raikou raids in Cabin John Park, so just after dinner (leftovers) I went to meet some GroupMe friends. The Team Mystic group won both raids and I caught the Raikou both times!

Then Paul and I watched Drone, which is a better movie than its reviews suggest. Sean Bean's character's white suburban Christian male life is built on illusion -- he thinks he has a good son who likes video games and a wife who loves him, though the camera angles and mirrors suggest otherwise. In fact he hardly knows his son, has lost his father, his wife has a lover, and his first-person shooter dream job is killing civilians in Pakistan. The confrontation over the drones isn't what's central, which seems to have frustrated reviewers who wanted a movie about the ethics of drone warfare like Eye in the Sky. I preferred the latter because the focus is so much more on the global cost, while the focus of this one is on the American, but both movies are about how dehumanizing drone strikes are for the people who perform them as well as for the people at whom they're aimed, and in that regard, this one works. 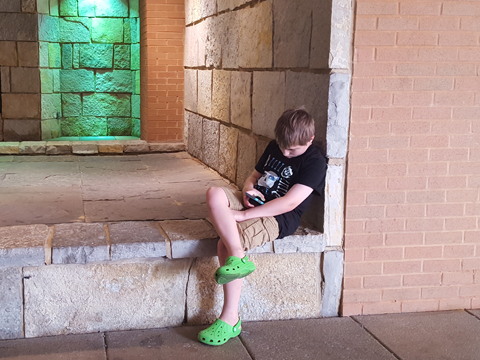