I was indoors doing laundry and work during the part of Tuesday that was a really nice day, then I went out in the afternoon when it was starting to cloud up (the highlight of which was catching a wild Snorlax at Cabin John Park) and got home shortly before two hours of pouring rain, thunder, lightning, and wind.

We had veggie turkey cutlets for dinner and watched the last two episodes of Will, which just gets crackier as it goes; I kept watching for Jamie Campbell Bower's Marlowe, who seems to have wandered into A Knight's Tale from Velvet Goldmine. Some more photos from Morro Bay, California last month: 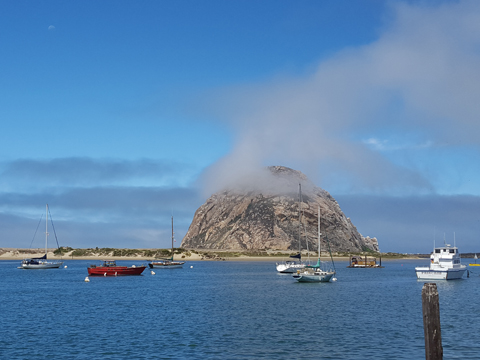