My Wednesday was mostly uneventful, as I had boring chores and stuff in the morning, though I did get an EX raid pass for a Pokemon Go raid on Friday evening so that was very exciting! I went for a walk in the park and saw lots of animals there and near home -- squirrels, chipmunks, a bunny, a toad, a praying mantis. Paul had dinner at work because they were having a company event, so I had dinner alone, but then our neighbor Rose stopped by to visit me and the cats. When Paul got home, we watched Inspector Morse.

Then, since the Nationals were losing, I subjected both of us to Paris Can Wait, mostly because I wanted to see the road trip from Cannes through Provence and all the food Diane Lane gets to eat. It's a fairly harmless comedy about a very rich white American woman and an only slightly less rich Frenchman who toy with the idea of having a minor flirtation while enjoying spending money on their travels, and they go to Pont-du-Gard and churches. It made me nostalgic for southern France, so here is some Toulouse architecture from this spring: 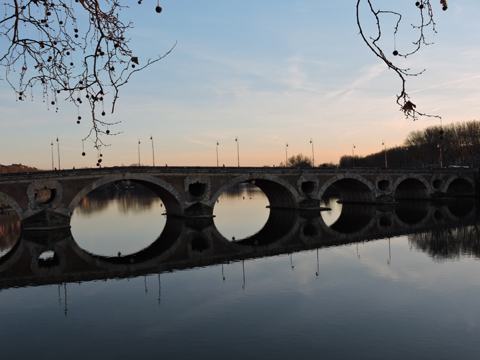