My Thursday was just as uneventful as my Wednesday. It was warmer, so I took a longer walk in the park where the leaves are starting to change, but otherwise it was chores and stuff, though I got to have dinner with Paul whose company event ended earlier than the day before.

We started watching the Orioles-Yankees game, which was going terribly, so instead we watched Thursday Night Football which was fine because I couldn't bring myself to root against Houston this month. From Boonesborough Days, the rehabilitated birds of Raptors Up Close: 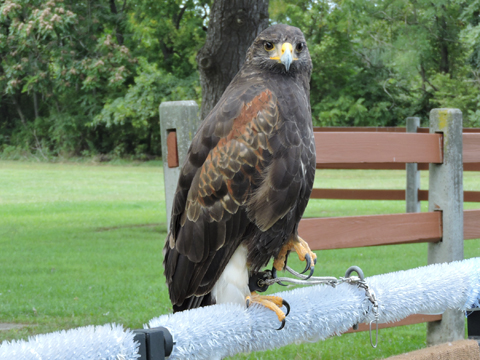