I spent a lot of Yom Kippur in Baltimore with Paul and Annmarie who had a ticket to the National Aquarium she needed to use before she moves out of the area. We ate at the new Blaze Pizza nearby, then went to see the fish, dolphins, lizards, frogs, crabs, puffins, turtles, rays, sloths, monkeys, eel, etc. I also had a good Pokemon day: did a Raikou raid at the aquarium with total strangers and caught it, caught a shiny Magikarp at the harbor, then did the first local Entei raid and caught him too!

We stopped in College Park on the way home to pick up Adam for dinner. Then Annmarie headed home, we went to get Maddy from work, and we went to my parents' house to "break the fast" with them and the Goldmans, the longtime friends with whom we've celebrated the past many years at the home of another friend who no longer lives in the area. It's always nice to catch up and I had potato kugel and brownies! Here are four photos from the aquarium, two from dinner, and one of my Saturday haul: 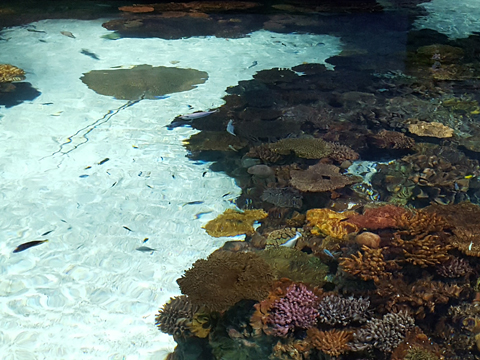