My Monday was pretty much a waste because I had a bad sore throat and no voice and couldn't stop coughing despite Robitussin. I consider the fact that I got everything unpacked a success. I had faux chicken soup for lunch, tomato soup for dinner, plenty to drink, and lots of cough drops that made me vaguely nauseous all afternoon.

We watched the season premiere of Supergirl, which had too little Cat Grant but plenty of Lena and Supercorp, so I enjoyed it. Then we watched most of the very close Vikings-Bears game, though I wasn't really paying attention because Daisy kept hurking and Cinnamon didn't want to be brushed. Coral from the New York Aquarium on Sunday: 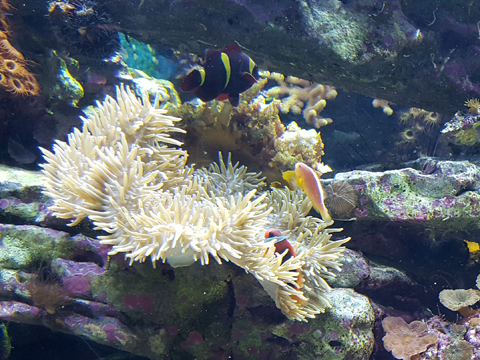