My Tuesday was a lot like my Monday only with more coughing -- so much that I was afraid to drive because I wasn't sure I could control my foot on the gas or brake. So I will keep this short, since I got very little done besides tracking down where Americans can buy the Yuri on Ice soundtrack and maybe accidentally watching some old Torvill and Dean videos.

Maybe it's because I'm so cranky, but the season premiere of The Flash did not do a lot for me until the end -- so many women, so little agency -- and catching up on Inhumans did even less for me. I should have watched the US men's soccer team lose their opportunity to play in the World Cup instead! From outside the amusement park at Coney Island: 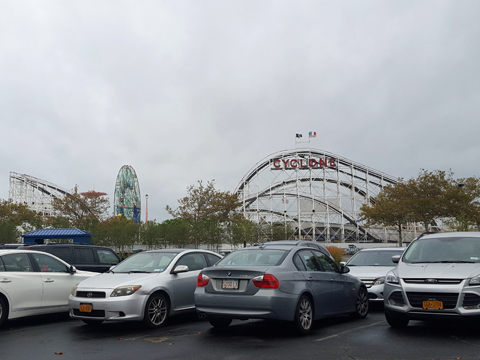