On Sunday morning, Paul and I took Adam's recently repaired bicycle to College Park, where we dropped it off and picked him up to go meet Paul's parents in Thurmont. We had lunch at Simply Asia, visited Brookfield Pumpkins (though we did not end up buying any pumpkins, as Clair and Cinda weren't really up for the hayride to the fields) and pet the farm animals, then went to Catoctin to walk on the relatively flat Charcoal Trail while Adam climbed on rocks.

Afterward we had ice cream before Clair and Cinda headed back to Hanover and we took Adam to Shoppers' Food Warehouse to get supplies that he hopes will last till Thanksgiving. We got home in time for most of the Patriots-Falcons game and the delayed Madam Secretary, which seems to be in the midst of a cast shakeup, woe. Now our relieved cats have been fed and I am again fighting with Flickr, which no longer wants to let me add pics to sets. More tomorrow! 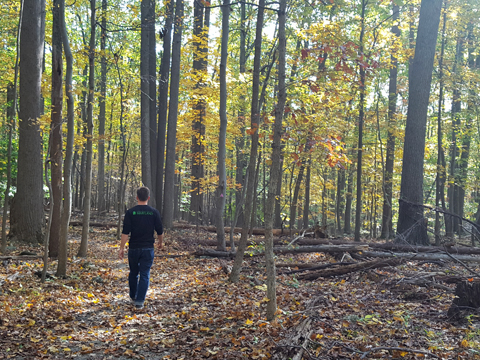