In several hours we are flying to Seattle to visit Daniel, several weeks later than we had planned after all the chaos, but I am so excited to be going! So Tuesday involved a lot of chores and laundry, some food shopping, and lots of attention to the cats.

We watched The Flash's let's-revamp-half-the-cast episode, then we watched the World Series, which is not stressful but also not exciting since I don't really care who wins. From Brookfield Pumpkins last weekend during the Frederick Festival of the Farm: 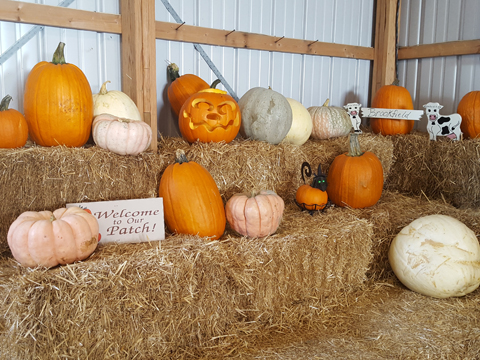