A lot of my Halloween was taken up with post-travel chores -- unpacking, laundry, sorting mail, shopping, picking up Maddy -- but a lot of it was fun, too! The saddest part is that I did not get to see Annmarie, who is moving out of the area tomorrow, because we were both busy with pre- and post-travel stuff around getting ready for trick-or-treaters. I did briefly get to see Karen to retrieve the jack-o-lantern lamp that Paul made at Hot Fired Arts so we could display it for the holiday, and I joined my Pokemon group at the church around the corner for the first nearby Suicune raid.

The neighborhood party started just as I got back from the evening raid. We ate pizza, chatted with friends, watched Darth Vader threaten a much smaller Superman, met several Hogwarts students and Disney princesses, saw our former next door neighbors who bring their kids every year for the party, and stayed for the start of the costume parade, then ran home to put out the jack-o-lantern that Paul carved and gave out lots of candy to visitors, much to the chagrin of the cats. Then we watched the World Series' sixth game and cheered, also to the chagrin of the cats. Best wishes, friends in New York. 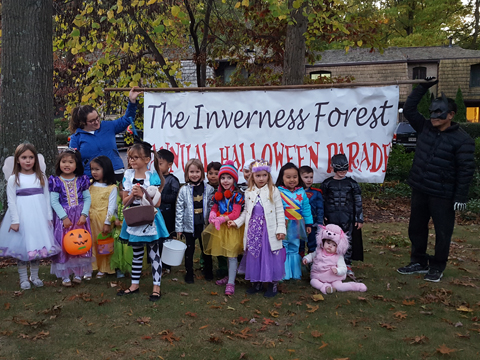