It was a ridiculous 75 degrees here on November 3. I had ambitious plans to get things done on Friday, as did Maddy, but she had complications and I ended up losing an hour to trying to drive her places that my GPS denied existed (including time lost for keys mysteriously "helped" to a different location in the house by one of the cats). So, yeah, laundry not folded, article not finished.

We had dinner with my parents, then came home and caught up on Designated Survivor, which feels like a mediocre West Wing-Madam Secretary mashup this season. Here are some photos from our cruise in Elliott Bay, where among other things we saw the Space Needle, Post-Intelligencer building, Amgen Helix bridge, Great Wheel, aquarium, cruise ships, stadiums, and Mount Rainier: 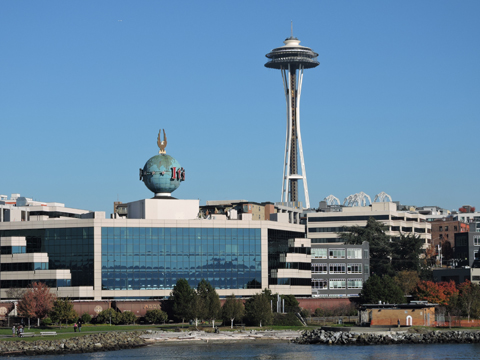