I was out most of this very rainy Tuesday, but I didn't have to walk much in the weather, so it was all good. After a rushed morning of writing, I met Karen at Tara Thai for lunch and discussion of ugly Christmas sweaters (which we'd thought about shopping for, but she thought better of and I don't need anyway, since I'm usually only invited to Chanukah parties).

I did some boring shopping in Target, then arrived to feed the cats at home, where Maddy wanted a ride to work since it was pouring. Since I'd gotten so little exercise, I drove her to the mall and intended to take a walk there, but Sears emailed me $10 in ShopYourWay bucks, which I took as a sign that I should go buy that winter coat that was already more than 50 percent off.

Paul and I watched The Flash (finally a decent Caitlin episode and we should have Drunk Barry more often) and caught up partway on The Gifted (still uneven but good enough to keep watching) around following the election results, which were very heartening nearby in Virginia and in New Jersey! Here are some photos from Golden Gardens Park in Seattle, which is on the beach: 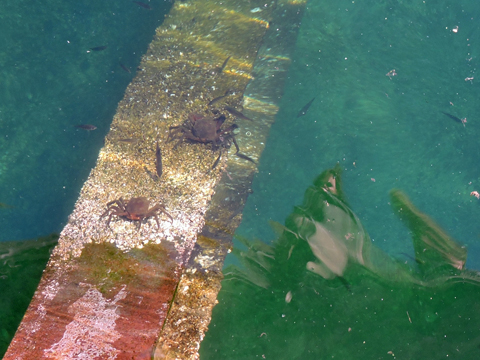