Thursday was kind of a drizzly overcast day that made me sleepy, so I have nothing exciting to report. I drove Maddy to work when she was running late after taking a late morning nap, had bagels with a friend from my Pokemon Go raiding group, saw three bunnies on one front lawn when the rain let up enough for me to take a walk, and enjoyed The Orville more than I should have given that "Cupid's Dagger" was the most Seth MacFarlane episode yet (and yes, there are big consent problems, but that's true of "The Naked Now" and "Fascination" too, so I blame Star Trek).

Since nothing exciting happened around here, here are some photos from Bill Speidel's Underground Tour in Pioneer Square, which goes into the tunnels that were once Seattle's street level and reveals things like market storage with bootlegger holes, exploding toilets, "seamstresses" whose tax records reveal they made a fortune serving the single men of the city, the ghost of the bank teller who was killed while storing miners' gold in the vault, submerged sidewalks with purple manganese glass skylights, hotel refuse, and residue of the Great Fire of 1889: 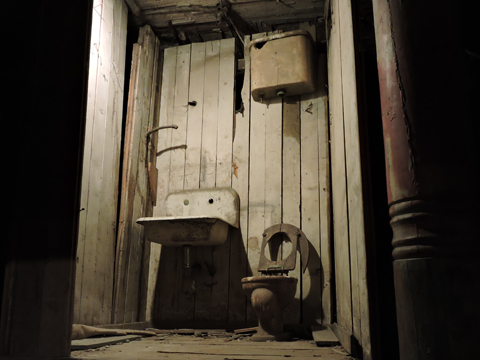