I spent all of Tuesday morning and half the afternoon waiting for FedEx to deliver my new laptop, which looks awesome -- backlit keyboard, touchscreen, great touchpad, DVD burner, everything I wanted -- though I had so many things to download and install that I really can't comment on whether it does the biggest thing I needed, namely works a lot faster than my old one!

I only half paid attention to The Flash while trying to get Photoshop installed, though I did catch the "You're a wizard, Harry" joke; we watched some of Ken Burns' Baseball too. I'm still midway through trying to get Freemake installed and my Start Menu organized, so I will keep this short and give you a few Seaglass Carousel photos from New York! 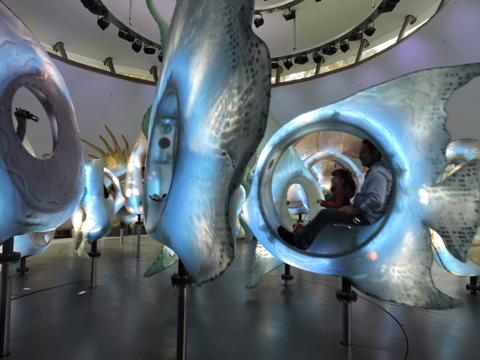