Daniel is here! We spent the morning doing some cleaning to get ready for him, which included some spray painting and some ceiling hooks as well as some laundry, and then went to pick him up at Dulles. He had eaten lunch late, so we called my parents to see if they wanted to have dinner with us and they ended up taking us to the Original Pancake House.

Daniel had not seen Spider-Man: Homecoming and we just got it on disc last week, so we watched and very much enjoyed that -- fits in with my Marvel-themed week -- and appropriately we are now watching Saturday Night Live's hilarious skit about Batman using excessive force in non-white neighborhoods. Here are some pics of my cats, Daniel, Paul, and parents: 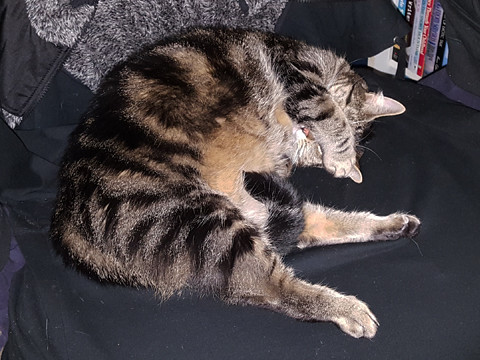