My day was too boring to spend time describing, other than a nice late morning -- I had dropped Maddy off at work at the mall and gone inside to exchange something I bought at Sears the day before for a different size when I discovered a raid group forming, and though a glitch in the game prevented us from doing the raid, three of us had lunch in the food court. Afterward I did a bunch of chores.

We watched Washington play Dallas around The Orville (like many episodes, it had flashes of brilliance and some true dorkiness), but the Cowboys were winning so much (DC's disinterest in holding onto the football being a big contributing factor) that we turned it off even before The Daily Show. From the C&O Canal with my family over Thanksgiving week, some fall color: 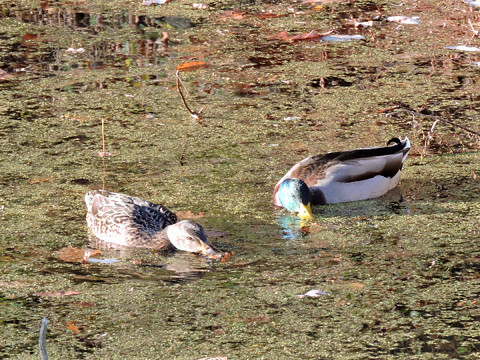