I had a busy Wednesday -- a bunch of work, lunch with Karen and Jim at Lebanese Taverna, a bunch of shopping, a walk with raid friends at Wall Park around the Kennedy Shriver Aquatic Center, then a bunch of chores at home including a disastrous avalanche when I tried to reorganize a shelf in my bedroom that required a lot of cleanup. And I can't even blame the cats.

We watched an episode of Bones for the first time in weeks, then Designated Survivor, which has got to write the First Lady better. What was most memorable on the news, though, were the images of California burning, with the Skirball and Thomas Fires raging through places we drove in August. Here are photos of some of them from the same roads as the news footage. 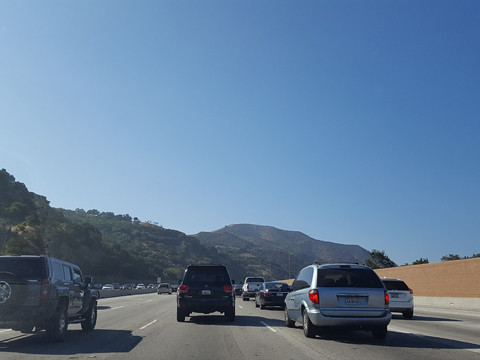