Thursday was chilly and busy for me, but good -- I spent a lot of it with Maddy, since we had parallel chores (post office, different stores in mall, meeting up for froyo, CVS, getting bagels to bring home), and I worked on holiday cards and presents and some jewelry repair. Sears sent me yet another bunch of Freecash, so I bought two nice cotton turtlenecks for fifty cents. It's like they want to empty the warehouses before they go out of business.

We had tacos for dinner and Paul and I watched the last episode of the tenth season of Bones, which really feels like a series finale -- they must not have known whether they were getting renewed when they produced it -- after the season finale of The Orville, in which Kelly is Jesus and there are lots of delightful parallels with "The Paradise Syndrome" and "Who Watches the Watchers" with some Xena thrown in. From Longwood Gardens in the fall, the fountains: 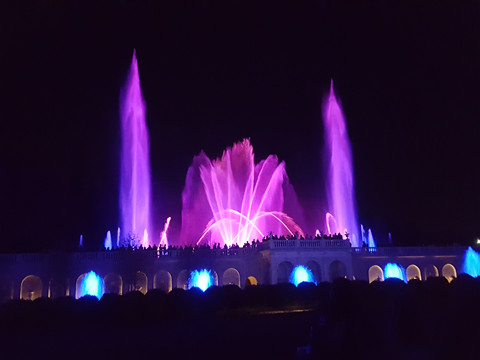