I was going to take son shopping for sneakers on Thursday, but he stayed up very late working on a project for his new part-time job and then slept till nearly 2 p.m. So instead I took niece to work and did chores around the house and the neighborhood. At 4 p.m. Niantic released a whole bunch of new Pokemon, so I spent the remaining daylight of the shortest day of the year catching them!

apaulled got home, we went to drop off the van to have its brake pads replaced (an issue discovered when we got the tire replaced), then stopped at the food store for cat food before having veggie brisket for dinner. There was more Doctor Who on BBC America plus The Late Show reran The Daily Show reunion episode. From Lewis Ginter Botanical Gardens, animals: 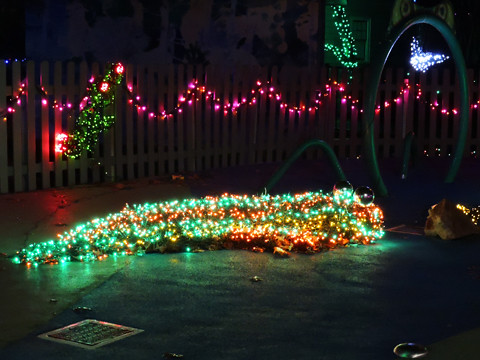