We spent Christmas at Paul's parents' house in Hanover, where we drove with Daniel, Adam, Maddy, and my parents after everyone got their morning exercise and email time. As always, we had Swedish meatballs, lingonberries, and farmer's cheese, plus various potatoes, breads, and lots of cookies for dessert. Our attempts to Skype with extended family were somewhat chaotic due to equipment and connection failures but we did speak to most of them! 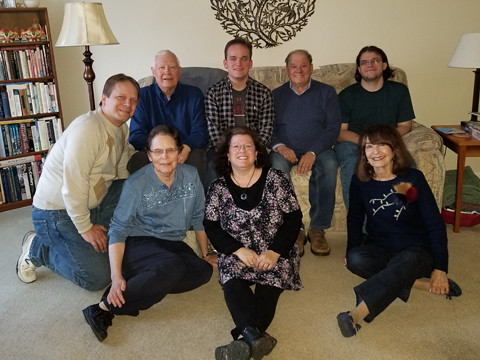 We got home in time for the rerun of last season's Doctor Who finale before the Christmas special, which was kind of middling for me -- nowhere near the heyday of Ten which we've been watching in the BBC marathon but not as bad as several of Moffat's. I like Capaldi but I haven't felt like they've had great ideas for him at any point, though I found the historical tie-in more moving than Twelve's lengthy departure speech. I love Whittaker though!
Collapse