Thursday was a chore day that felt like a Monday, since we were away the two days previously, plus I had a morning checkup requiring that I go out in the cold and get on a scale days after the holidays. Adam landed in Israel in the morning East Coast time (it was late afternoon there); Daniel slept in and went out to lunch with my father while I did laundry. I had my leftover Greek food for lunch, yay!

In the afternoon when Daniel got back, we watched Blackhat, which he had not seen. Since he had not seen Blade Runner recently, we watched that after dinner while I sorted trip photos. Here are a few from Edison's laboratories, including his backyard motion picture studio plus the wall behind which the first motion picture camera was tested, his machine shop, one of his chemistry labs, and me in his library: 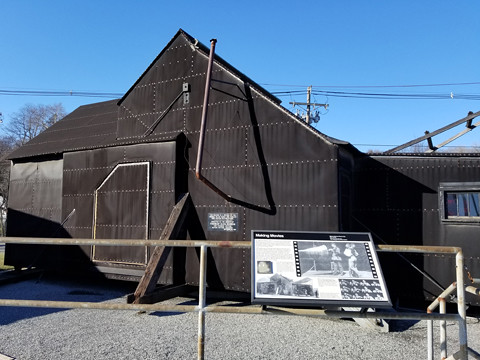