The big event of our Monday was going with Adam to pick up his first car, which he bought all by himself: a 2003 Hyundai Sonata that he basically needs to keep running for five months to get him to his NASA internship from his apartment in College Park and back again, plus some visits to Bethesda and downtown for his part-time programming job and weekend road trips (he is hoping it will survive his final year in college next year as well).

We went to Minerva for Indian food before getting the car and to Duck Donuts after we had also gone out to get an ice scraper and jumper cables for Adam, since we have snow in the forecast. After he packed up and headed for College Park, we had bagels for dinner since we were still kind of full from lunch, then watched Supergirl; we tried to watch last night's Madam Secretary too, but CBS had a freaking paywall so we caught up on The Gifted instead! 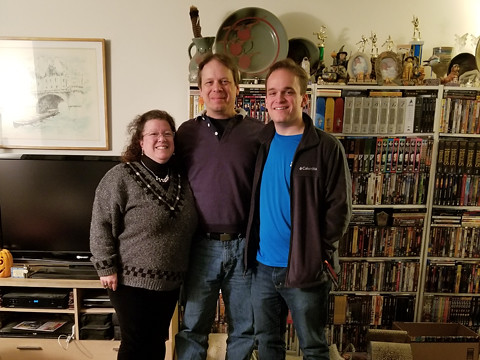