My Wednesday was a lot like my Tuesday except starting later because the neighborhood association contractors didn't plow our neighborhood as early as the county plowed the surrounding roads. I did some work stuff and chore stuff, had lunch with a friend, did some reading, saw bunnies in the snow.

After its terrible first episode, I am loving this season's The X-Files, which is like the show 20 years ago with three times the shipping. Then we caught up on The Gifted, which has gone from good to great, very first season Heroes! Here is some of the contemporary glass at the Renwick Gallery: 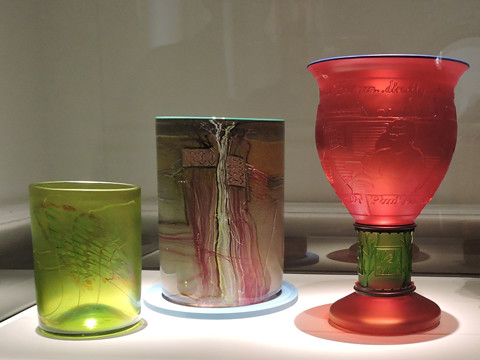