I dropped Maddy off at work and did a bunch of shopping on Thursday, some fun (Pier 1 for candleholders, Crabtree & Evelyn for 70% off holiday pomegranate lotion), some less so (Giant for tub cleaner). And I met friends in the mall for coffee. That was most of the excitement of the day, apart from seeing two bunnies out enjoying the neighbors' yard.

We watched some Bones -- we just saw the one with the US Senator who refused to toe the party line so his body was ground up by a street sweeper -- and a bit of the Four Continents skating championships (the Japanese guy currently in first should play the title character in the live-action Yuri on Ice). From Kiparoo Farm during Frederick's museum tour: 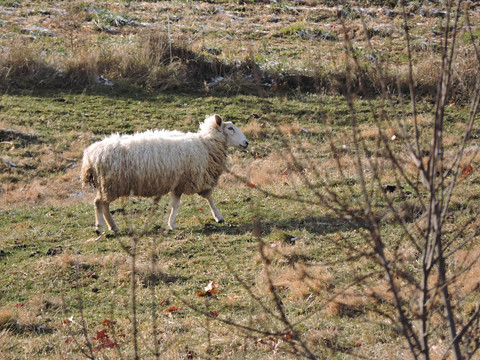