My Tuesday morning was occupied with chores because I had nice evening plans -- dinner with Angela and Carrie -- so I got everything done but folding the laundry and tried to do a bit of shopping before dinner, though I stopped in the toy store Child's Play because there was a note on Silver Moon Gallery announcing that the store was closed due to the funeral of the owner, Irv, whom I have known as a customer for decades, and I learned that he had had a stroke over the weekend and that everyone in the shopping center was very sad. So I didn't feel like getting shampoo or Thor: Ragnarok Legos.

Dinner was lovely, both the food and getting to hang out with friends -- we said in December that we should do this every month, and we're not far off that schedule! Then I came home and watched The Flash and Black Lightning because there was no way I was watching that speech that creep was making; I am catching up now on the late night comedy shows, since Noah and Colbert are live, and reading the passages online being mocked the most. Here are photos from the Delaware Art Museum's retrospective of John Sloan, a Philadelphia illustrator turned New York political cartoonist and American landscape painter: 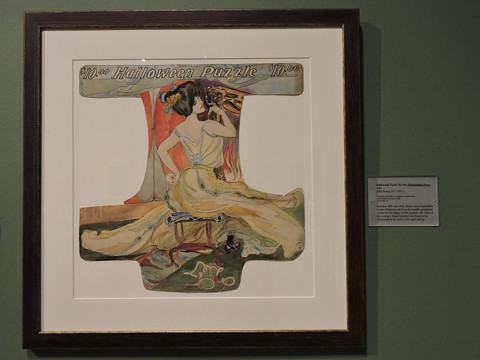