Saturday was a very nice albeit fairly cold day, so after a quiet morning and lunch, we went to Brookside Gardens to see the spring flowers blooming in the conservatory -- orchids, snapdragons, daisies, birds of paradise -- and we discovered snowdrops outside in the flower beds, surrounded by fields of geese. We stopped on the way home at Mom's Organic Market, which had insanely long lines -- literally wrapping around half the store, at least 20 minutes -- but we got our vegan food, so yay! 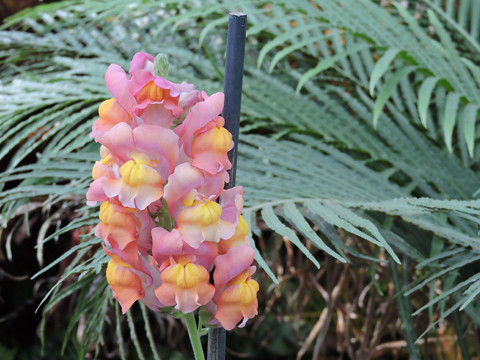 Adam is here for our friends' Super Bowl party, having arrived this evening, which hopefully means he's missed the snow. We spent the evening watching The X-Files' VR episodes starting with the one William Gibson wrote from 1998 before son's second birthday, plus "The Unnatural" just because it's awesome. Adam has been telling us about lectures he's attended at NASA, which has a great internship program, and now he's going to take Maddy out for milkshakes while we watch the "news" on SNL.
Collapse