Just spent the evening fighting with a stupid computer thing, I have very little to report from my day anyway (boring work stuff, laundry, Maddy worked from late morning and is staying at a friend's so I hardly saw her, watched Supergirl which is starting to make me think they're planning to kill off Sam/Reign and hand Ruby off to Alex so she has insta-child and that will very likely be a dealbreaker for me if it happens because whether it's for a man or woman to raise, killing off a woman so someone else gets to have a kid makes me furious, then watched some Bones which was less enervating despite dead bodies). Have some flowers from the Brookside Gardens conservatory on Saturday! 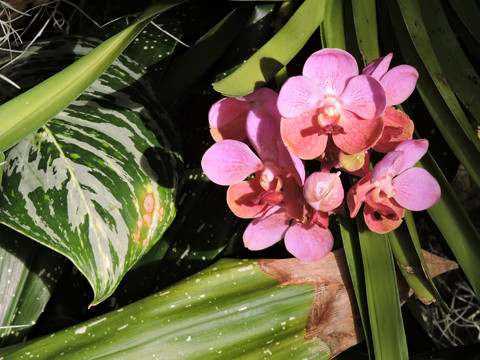