My cat Effie was in a very affectionate mood on Wednesday. She did not want to let me get out of bed in the morning, so I stayed and snuggled her for nearly an hour, and when I went to fold laundry in the late afternoon, she flopped on top of it and demanded attention. So I was not super-productive, though I had a nice afternoon with Maddy -- took her to a medical appointment and then out to lunch at Lebanese Taverna with stops at the Hallmark store and toy store in Congressional just because we could.

We watched The Flash, which needs to stop dragging its season-long Big Bad storylines out absurdly, and Black Lightning, which did not have enough Anissa this week but is generally wonderful, plus we watched the Team Thor videos because I discovered I could hook Movies Anywhere up to my Roku though I still can't screen mirror. Here are the Ellicott City B&O Railroad Station Museum holiday model train displays, including the huge two-level Lego train exhibit with Ghostbusters, Scooby Doo, and Jurassic World: 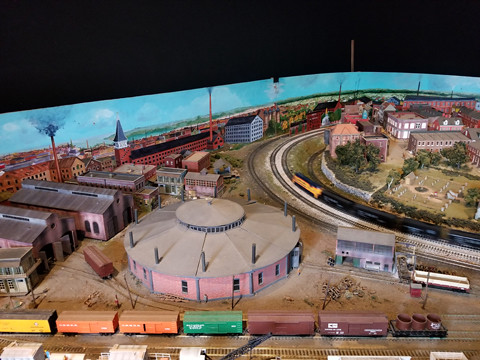