I started the Year of the Dog with a Pokemon raid at the nearby Buddhist Temple, which none of us attending stopped to think might be mobbed with celebrants, which it was. The rest of my day was unexciting, apart from seeing snowdrops blooming and the first crocuses coming through in my neighborhood, until dinnertime, when we went with Maddy to my parents' house.

Now we are watching the end of the phenomenal men's free skate at the Olympics, in which I was rooting for Chen to come back but not to medal because that would have required either Hanyu, Uno, or Fernandez to fall apart and I love all of them (and they were wonderful). I was sorting photos earlier today and found these of a green heron at Brookside in the summer: 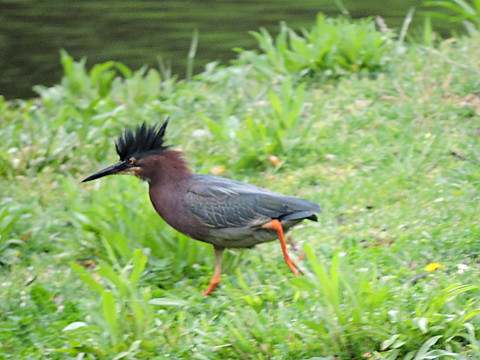