My Monday was mostly about thrilling things like writing an article and laundry, though the weather was too nice to be indoors all day, so I went to Cabin John Park and did two Rayquaza raids before all of the Pokemon Day Pikachu started appearing in their little birthday hats. There are crocuses in the park and daffodils in my neighborhood, and snowdrops both places, so I am going to believe spring is ahead of the groundhog's schedule!

We thought we missed an episode of Black Lightning during the Olympics, but when we went looking, we couldn't find one (FIOS wanted money for the most recent one, which was free on Roku, both in both cases we'd seen the episode). So we watched the last three episodes of the penultimate season of Bones, which did not end with a good episode to think about before bedtime! Here are some photos of Maymont in Richmond decorated for Valentine's Day: 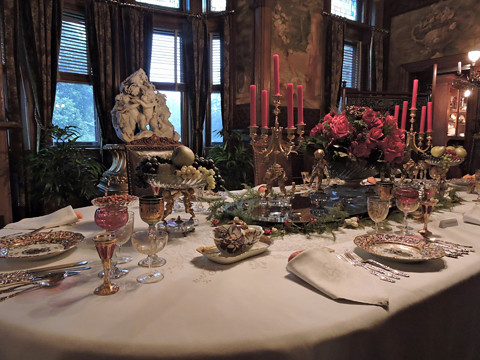