It was a really gorgeous day on Saturday, which I hate to gloat about considering how many people are still digging out from snow and there may even be snow south of us tomorrow night. But it wasn't very cold and there was very little wind, so after a bunch of morning chores, we went to Brookside Gardens, where the geese and ducks are pairing off and the turtles come out to enjoy the sun. We saw daffodils, asters, crocuses, snowdrops, lenten roses, and the first apricot blossoms outside, plus a bunch of more exotic flowers inside the conservatory, and we drove around the athletic fields to the indoor sports facility we'd never seen before.

After dinner, we watched Justice League, which is now streaming and we somehow missed it in the theaters. I liked it better than Batman v. Superman, though not by much -- it had a couple of better actors but it also had at least four more fight scenes, and not even loving the Amazons made me want to see one more battle involving them. My favorite moments were throwaways like the Metropolis Daily News headline, "Did they return to their planet?" over photos of Superman, David Bowie, and Prince. The Flash was too snarky yet not funny enough. Diana and Arthur are both great, but there's too much Batmansplaining and too little believable human emotion. 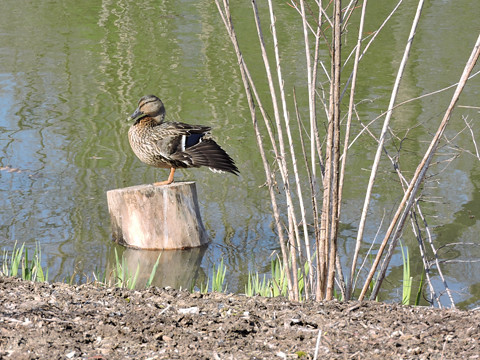