Not an eventful Monday, just editing and laundry and uploading the photos I never got to last night while working on the Shutterfly book -- of course Shutterfly extended the coupon a day, but if I'd counted on them to do that, I'm sure they wouldn't have and I'd have had to wait till I had another free coupon to print the book I worked on for so long! It was chilly but nice out compared to south of us, where a bunch of snow fell; we had a tiny bit of precipitation but not even sleet, so after hanging out with Maddy at lunch and driving her to work, I went to the park, enjoyed the fresh air, and raided Rayquaza with friends.

After learning that Maryland had only received a fifth seed in the NCAA women's tournament, which is awfully low (at least they get to beat Princeton), we watched Tulip Fever, which has a great cast -- Alicia Vikander, Judi Dench, Christoph Waltz, Holliday Grainger -- but couldn't decide whether it wanted to be historical, contemporary, witty, or dramatic so felt rather uneven, though it was gorgeous to look at. Then we caught up on Blindspot, which was completely brilliant -- Groundhog Day meets The Breakfast Club by way of the sadly now canceled Limitless! From Green Spring Gardens yesterday, an overview: 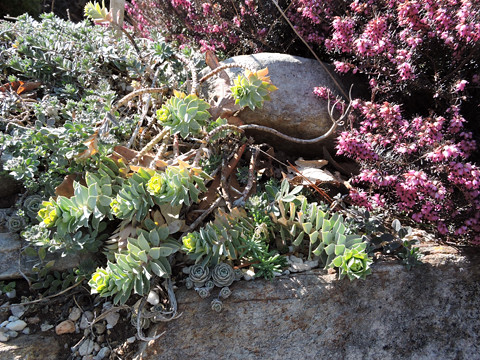