Happy Pi Day! This will be a quickie as Adam has stopped by, after seeing The Fifth Element at the theater with Maddy and her friends, to pick up his new credit card and to try to repair his laptop which did not like the most recent combined updates to Ubuntu and Windows or something like that. Adam got to tour NASA Goddard's Hubble telescope facilities with other interns and to see the James Webb Space Telescope exhibits, so he was pleased. My day was relatively unexciting until dinnertime anyway besides a walk in the park, since I had a bunch of cleanup chores to do online and off. Paul made Vietnamese veggie black pepper beef and caramelized pork for dinner, which Adam ate late when he arrived while we watched the end of Black Lightning.

Adam had the misfortune of arriving in time to see the first episode (and last one I will watch) of Rise, which has all the faults of the later seasons of Glee with none of the charm of the early seasons -- basically it's the story of a white guy who's bored with his career as a high school English teacher, so he gets the assertive Hispanic woman who runs the theater program booted in favor of himself because what's important when you're a high school teacher is being self-satisfied and never telling your wife your plans in advance, whether it's working far more hours that will impact her career or bringing home a foster kid to stay with your family for a while. Here are some more photos from Green Spring Gardens, all flowers this time: 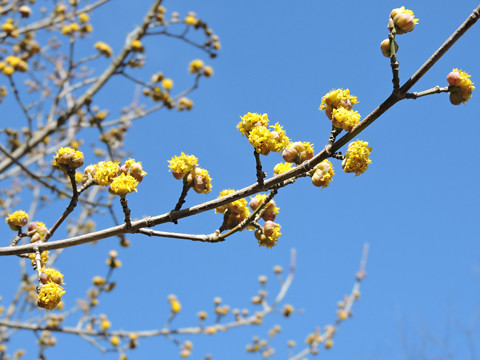