I spent a ridiculous amount of Tuesday working on a Shutterfly photo book to be bought with a coupon that was about to expire, due to two glitches in the site (note: if you use Shutterfly, for the love of all that is holy, upload your photos to an album before putting a book together rather than trusting the upload button within the pop-up where you choose your photos, because if you try to upload more than a couple, it freezes and crashes and even the chat help person admitted it). In good news, I conveyed my irritation so effectively that she gave me free shipping, so although it took half the afternoon, I am getting my book for no money whatsoever.

Maddy was out looking at apartments almost all day. In MCU marathon news, Paul, Cheryl, and I watched Thor: The Dark World, which I tend to think of as having a pretty dumb plot and not being very good, but the Thunderfrost scenes are so good that they make up for pretty much everything, and I watched all the extras I never saw before, including the Mandarin actor one-shot, the two-part feature on Thor and Loki across three films, the gag reel, and (though I had seen it before) the clip of Tom Hiddleston playing Loki playing Captain America. Here are some photos from Longwood Gardens' orchid extravaganza earlier this year: 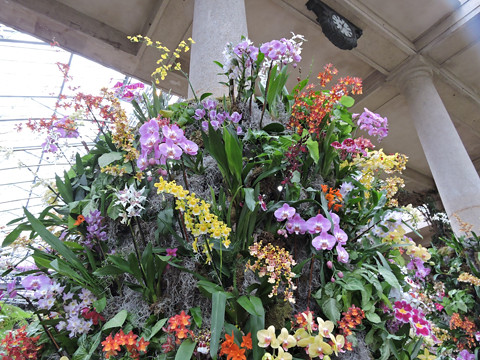