It was over 70 degrees in my area on Thursday, so I spent as much of the day as possible outdoors! I had a bunch of shopping to do, which made it easy to find excuses to walk from, say, AC Moore to Target (which is already sold out of their special edition of Star Wars: The Last Jedi). I also walked in Cabin John Park, partly just to enjoy it and partly to do a raid at the last gym there at which I don't have a gold badge. Paul and I had a California Pizza Kitchen coupon that needed to be used by the end of the month, so we went there for dinner; I had kung pao spaghetti, which is such a big dish that I always get two meals out of it, so I know what I'm having for lunch tomorrow before the seder in the evening.

I watched Guardians of the Galaxy with Paul and Cheryl, since that's where we are in the MCU marathon. I love pieces of the movie better than I love the movie overall, though I think that may be retconning because I was irritated by a lot of the sequel, which pushes the women to the side for yet another guy-and-his-daddy-issues drama; I really wanted Ronan to go away so Nebula and Gamora could talk about something other than what he wanted, and in general I wanted Gamora to spend more time rescuing herself. Of course the soundtrack is still awesome and there are lots of funny moments but this part of the franchise doesn't ring my bells like The Avengers do. From Brookside this month: 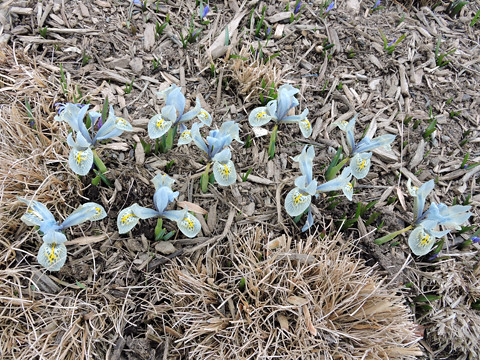