My Monday was pretty typically boring, though considering the fact that we'd been warned we might wake to snow and we only woke to a bit of drizzle, I'm not complaining. I had a bunch of work to do in the house, then a couple of chores to do out of the house, and while I was at CVS, I noticed a legendary Pokemon egg was about to hatch at Starbucks, so I summoned the locals for a raid, though my first Latias got away from me, woe!

I could not get myself excited enough to watch the Villanova game, though I am glad they beat Michigan (I've rooted for Villanova against parental wishes ever since they beat Georgetown my freshman year of college, when I was in Philadelphia and excited for them). Instead we watched Civil War in our MCU marathon; having seen it twice recently, I like Tony Stark and his massive ego less each time. Lambs from Mount Vernon this weekend: 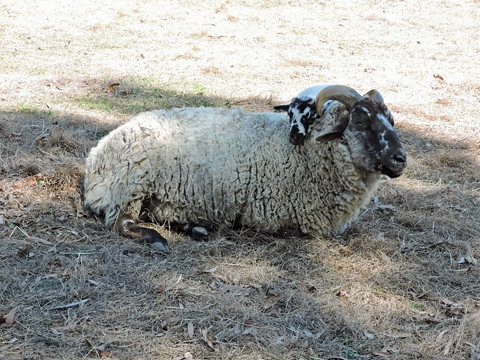