Although it isn't really warm enough to feel like April, it was sunny on Tuesday, which made the breeze feel a lot nicer. I did the stuff I had to do in the morning so that after stopping at the mall for some unsuccessful shopping, I could take a nice long walk along the creek and see the violets and buttercups blooming across from the park train station. Near the tennis center there were Virginia bluebells blooming! 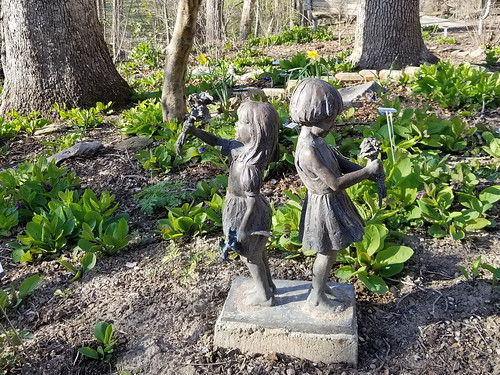 Paul, Cheryl, and I took a night off from Marvel movies to watch The Flash (where now they've ruined by memory manipulation the female villain who was the only thing making this season's endless boring arc worthwhile) and Black Lightning (not as good as last week's police brutality episode but still excellent). I can no longer deal even with late night comics reporting the news, urgh!
Collapse