Friday was a very nice day -- mid-50s, mostly sunny, apple blossoms bursting all over the neighborhood. I had to start the morning with my annual physical, but unlike last week when I had to wait an insane amount of time for my blood tests, there was almost no waiting and all the tests were pretty good (I need more vitamin D and less processed sugars). Then I stopped at the mall to pick up a birthday card and went to see the Montgomery in Bloom exhibit, in which the Nordstrom wing gets decorated with artificial flowers, giant beehives and birds' nests, hedges full of butterflies, and a grape arbor.

I did some work in the afternoon, walked in the park, then came home for dinner with Paul and X-Men: Days of Future Past with him and Cheryl (still my favorite of the films; Logan is probably strictly speaking a better movie, but this one is less depressing and it's so much fun to see the combined casts, especially the Jackman-Fassbender-McAvoy scenes, plus "Time in a Bottle"). From the Rick Astley concert, here are some photos of the Lincoln Theatre, built for vaudeville audiences kept by out of other theaters by racist policies at the center of DC's Black Broadway: 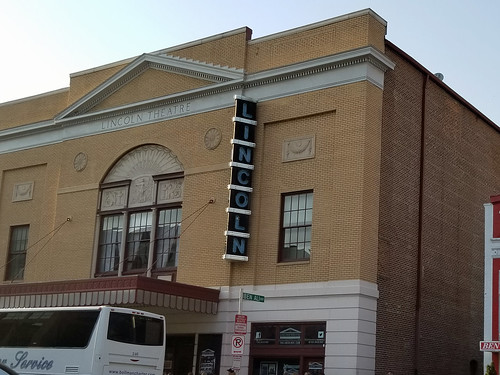