I spent an insane number of hours Wednesday on the phone with two banks, Equifax, Experian, the county police (with whom both Equifax and Chase suggested I file a report), and various places where I had orders placed that probably won't go through because I had to cancel credit cards. I couldn't leave the house until FedEx arrived with the credit card that started all this (which I can never use, since I wasn't the one who requested it and just wanted to make sure it didn't fall into the hands of whoever did), so I was stuck until late afternoon, at which point it was raining but I went to the park for twenty minutes anyway.

Paul took me to Cava for dinner after a trip to the grocery store (he ate the last English muffin in the house for breakfast and took the last bagel in the house with him for lunch when we were out of bread and I couldn't go out to get either, so he knew he owed me). Then Cheryl and I decided to wait on the Fantastic Four movies since we're too Infinity War-focused this week so we watched The Avengers -- the first one. Tomorrow we may watch Thor: Ragnarok or we may decide to save that in case we need it to put us in a better mood on the other side of the new movie! Tulips from Meadowlark Gardens last weekend: 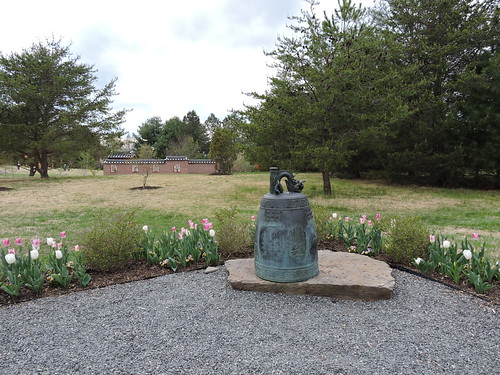