I had a bunch of chores to do on Monday so I made them fun, stopping for a Pokemon raid at St. Elizabeth's, where I am probably the only local player who had never done a raid, and going to AC Moore for jump rings and finding that all bead strands were 4 for $10, even the ones that usually cost $5.99 each. So I made a necklace with blue glass beads and turtles while talking to Maddy about her day instead of folding the laundry, but it's all good, I can do that tomorrow.

Paul is having a colonoscopy tomorrow, meaning I have to drive him, meaning not much else is going to get done tomorrow but hey, I will still be having a better day than he will! Tonight we watched Supergirl and Elementary around the Caps' victory over the Penguins, in which I can't pretend I have much invested since I never watch hockey but I know local people who will be thrilled! Here are some more photos from Lake Whetstone yesterday, including geese, turtles, and flowers! 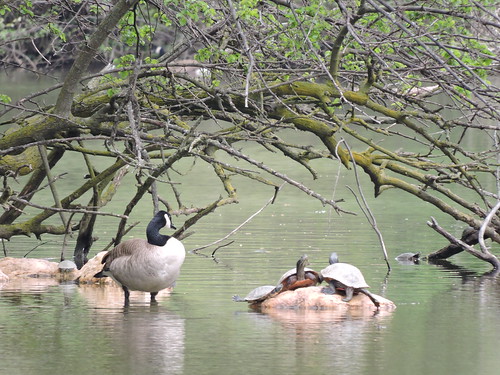