I had lots of chores planned for Thursday that did not get done, in large part because I went to the mall for a raid in the morning, ran into a friend there with whom I had lunch, then met my mother and ended up shopping with her for a couple of hours, first at the mall and then at Strathmore's mansion shop, which has beautiful jewelry. Plus I had a visit from my neighbor Rose when I got home with gifts for my cats. So it's all good, though there's a big basket of laundry waiting to be folded in the morning.

Cheryl, Paul, and I watched Spider-Man 2, which I had remembered as better than the first and now I'm not entirely sure why (Dunst has some of the worst dialogue of any woman in any superhero movie and Maguire basically has two facial expressions; something is wrong when James Franco is the best thing in a movie). Here are some photos from the Folger Shakespeare Library exhibit Beyond Words, a collection of book illustrations from Shakespeare's era: 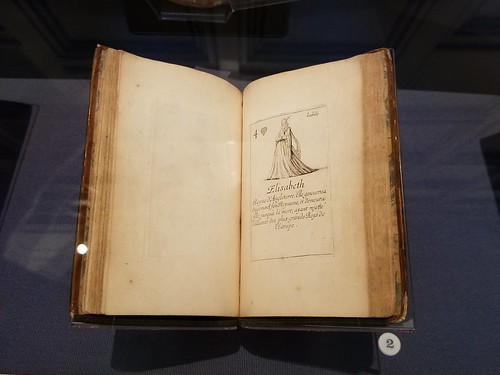