We got up reasonably early for a Saturday because we knew it was supposed to be miserably hot, then very stormy later in the day, so after breakfast and some morning chores, we went to Great Falls to hike and see if there were goslings there. We didn't anticipate how many people would be around since we didn't realize it was one of the weekends when the 20th Maine Regiment was reenacting a Civil War encampment, so we only saw a few goslings, but we saw many herons in the river and canal, some turtles, some frogs, even a snake! 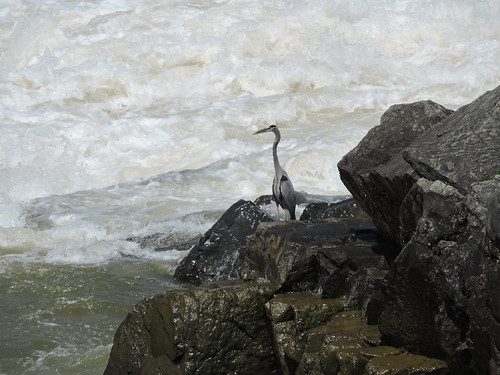 I dragged Paul to a Latias raid on the way home (caught on both accounts, so it was worth it), we stopped at Au Bon Pain to get baguettes and chocolate croissants, then we came home for lunch. In the afternoon we ran out to Giant to get cat food ahead of the thunderstorm. After dinner we watched Spider-Man 3 with Cheryl -- I had remembered that one as being pretty bad but Adam assured me there were good memes from it. And Daniel, who never cared about driving, finally took and passed his driving test!
Collapse