My Monday was fairly quiet, though I tried to get done everything I needed to do outdoors early because we had massive thunderstorms forecast for the afternoon (and indeed my county ended up with a tornado warning and hail, though it wasn't near my house). Not much of my day was more exciting than watching the trees blow around, though Katniss was extremely perturbed and ran all around the house meowing unhappily until the storm had passed.

I despised tonight's Supergirl -- I figured almost as soon as Ruby was introduced, before we knew anything about Sam, that she only existed to give Alex an insta-family which surely meant the mother was going to be gotten rid of, and we're moving predictably closer to that with lots of cliches. At least Elementary is back with actual superhero Joan Watson, though I hear this is likely its last season. From McCrillis Gardens on Sunday: 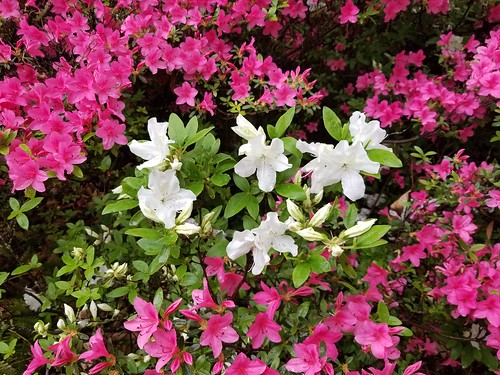