Quickie because I am watching Colbert with Adam in between bouts of laundry, which he came over to do since he was visiting a local friend this evening and is seeing his childhood friend Emiliano, visiting the US from Mexico, for most of the day tomorrow. His day was more exciting than mine: I mostly did boring stuff, apart from an EX raid with a big crowd of friends, one of whom caught Mewtwo for me.

We watched Supergirl, which was marginally better on family stuff, and Elementary, always about the money this season, around an episode of The Handmaid's Tale (even more upsetting than usual) that son had already seen since he gets Hulu for free with his student Amazon Prime account. From Longwood Gardens in the early spring, orchids on exhibit during the Orchid Extravaganza and in the permanent Orchid House: 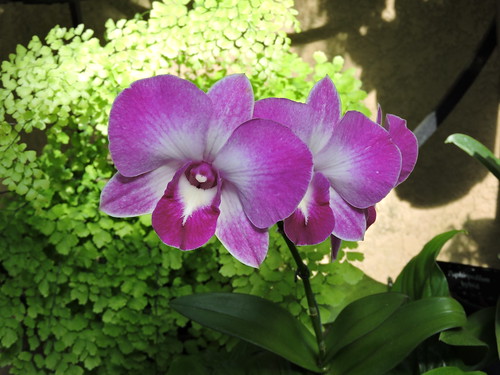