Adam is here, we're watching Ghostbusters (2016, because he'd never seen it, as we discovered earlier watching The Secret Life of Walter Mitty), after going out to dinner at Not Your Average Joe's with my parents to celebrate my father's birthday a few days early. Before that, I got my hair cut and colored.

The rest of my day was low-key (or would have been had it not involved two incidents of cat vomit -- one of which was all over my bed -- and a flooded basement, apparently something stuck in one of the pipes necessary for the washing machine after the cat vomit). Have a few pics from Brookside Gardens earlier this spring: 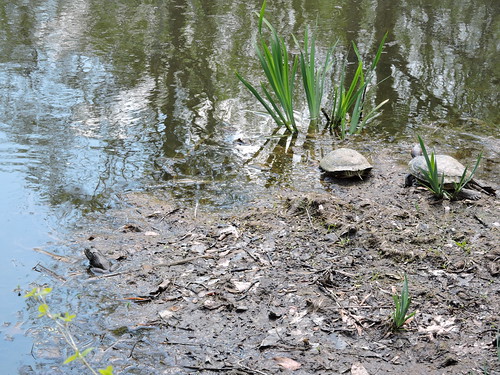